The Chicago Department of Transportation (CDOT) will host two public meetings on the City’s West Side in late March and two public meetings on the South Side in early April to hear from residents on where future bike routes are needed in their neighborhoods. The West Side meetings will be held on Monday, March 21, at Austin Library and Wednesday, March 23, at Legler Library (meeting details below). The South Side meetings will be held Monday, April 11, at Vodak-East Side Library, and Tuesday, April 12, at the Pullman National Monument Visitors Center.

In December 2012, CDOT released the Streets for Cycling Plan 2020, a citywide plan identifying 645 miles of bike routes that will make bicycling safe and comfortable for all Chicagoans, regardless of age or ability.

Since the plan was released, CDOT has been steadily implementing bike routes identified in the Plan. The Department is now embarking on a new outreach effort to prioritize future bike route investments on the City’s West and South Sides.  These bike routes will connect residents to the numerous parks, schools, and transit stations in the area, as well as complement the ongoing Divvy expansion into West and South Side neighborhoods. The limits for this effort on the West Side include North Avenue to the north, Roosevelt Road to the south, the City limits to the west, and Humboldt Park to the east. The limits on the South Side include 91st Street to the north, the city limits to the south, Vincennes Avenue to the west, and the State Line to the east.

Residents and stakeholders are encouraged to attend the public meetings to share their perspective on what bike routes from the Streets for Cycling Plan 2020 should be prioritized in their neighborhoods.

Meeting flyers and additional information is available at www.chicagocompletestreets.org/your-streets/bikeways/. 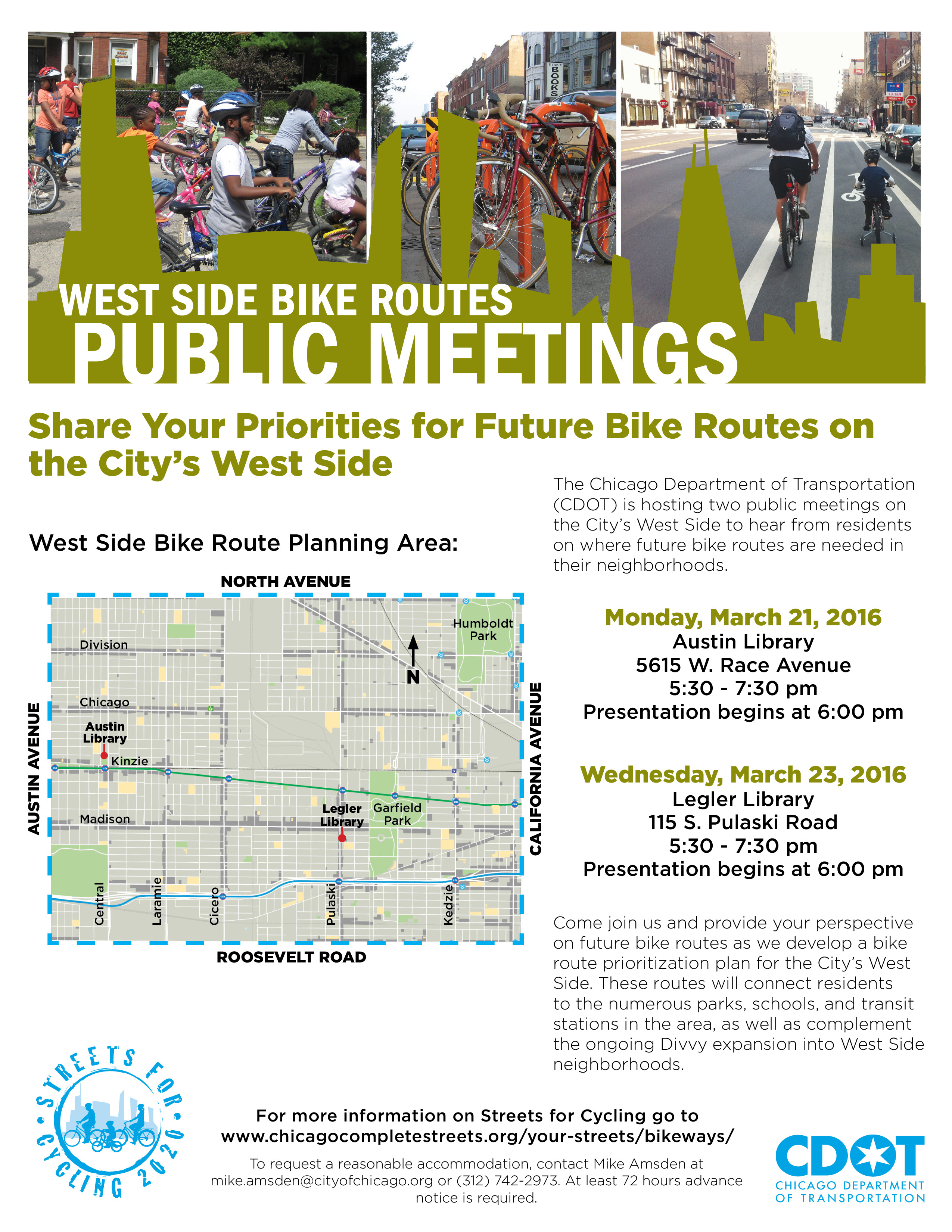 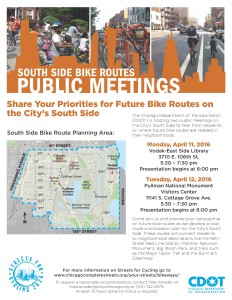