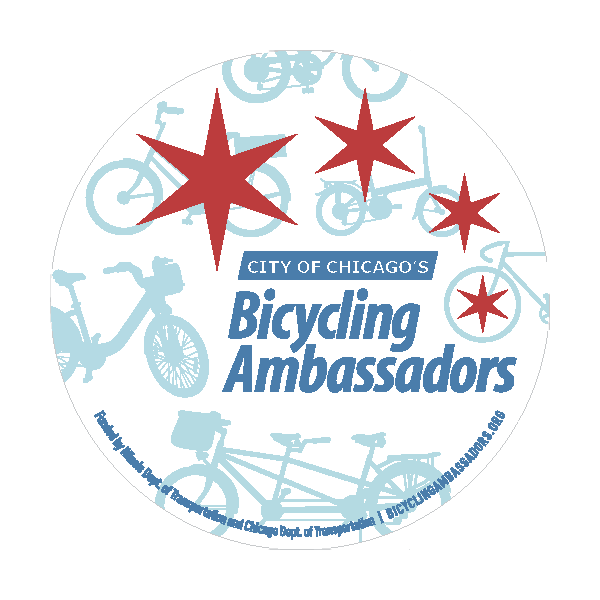 Since 2001, the Chicago Department of Transportation (CDOT) has promoted safe cycling and walking through the City of Chicago’s Safe Routes Ambassadors and Bicycling Ambassadors. The goals of the Ambassadors are safety, encouragement, and education for cyclists and pedestrians, reducing crashes and making Chicago a safer place for active transportation.

The Ambassador programs are funded through CDOT and the Illinois Department of Transportation , with the funding year running from September through August.  Each season Ambassadors visit schools, parks, libraries, businesses, block parties, ward events, bike rides, farmers markets, festivals, Lakefront Trail, Riverwalk and the 606 trail, and more. The Ambassadors also act as a street team for Divvy, Chicago’s Bike Share Program, during high-usage events and at new station locations. Finally, the Ambassadors work with the Chicago Police Department to at Traffic Safety events that encourage a safer environment for people who walk, bike, and drive in the city.