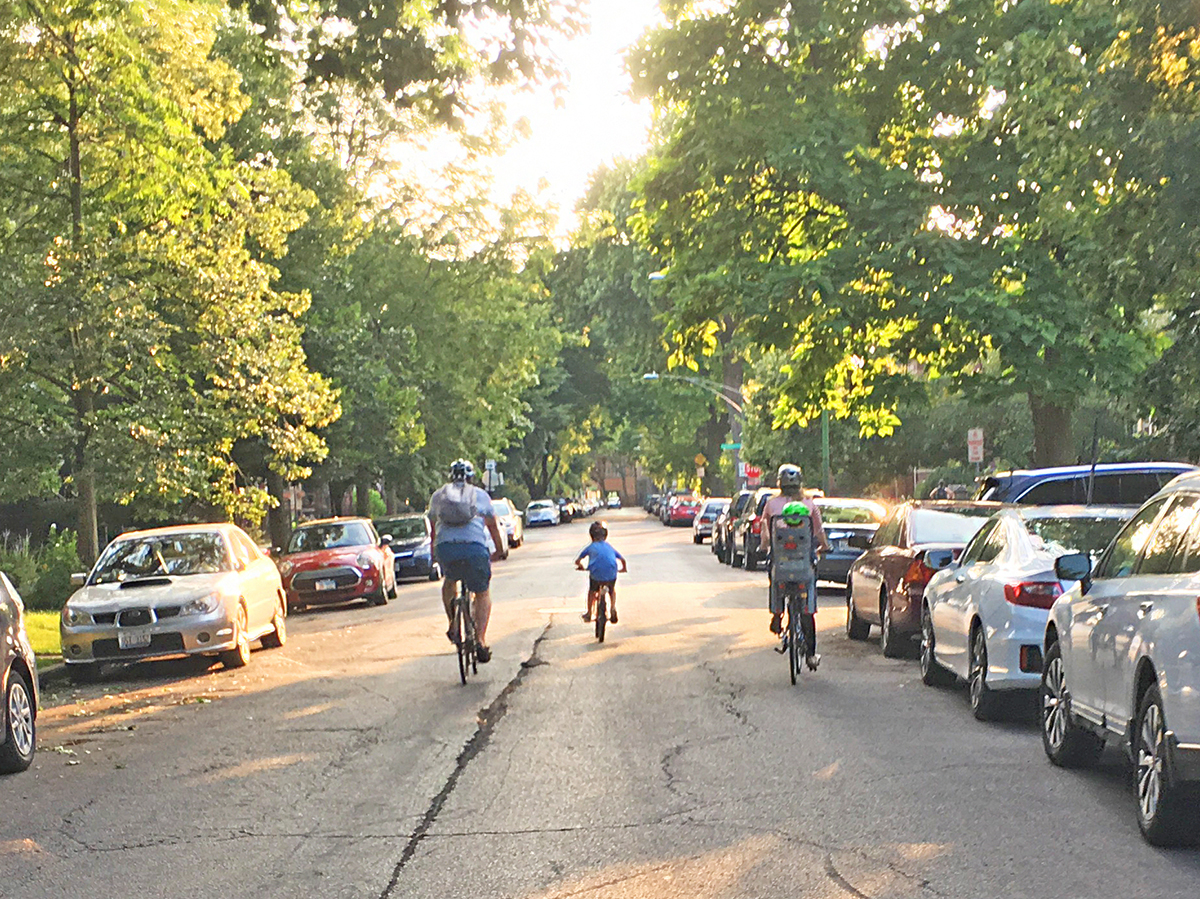 CDOT is proposing a Neighborhood Greenway on Leland Avenue between the North Branch of the Chicago River and Clark Street. This would extend the existing Leland Neighborhood Greenway further west from its existing western terminus at Clark Street and create a continuous, low-stress bicycle connection from the Lakefront Trail to the North Shore Channel Trail and North Branch Trail. The 1.5-mile Leland Neighborhood Greenway extension will also connect to other bike lanes, the Lincoln Square and Rockwell commercial corridors, and public transportation.
The project will include a variety of traffic calming elements to make the street safer and more comfortable for everyone—whether they are walking, biking, or driving—and provide a family-friendly connection for people not comfortable walking or riding a bike on busier streets like Lawrence.

Design Updates between Western and Lincoln

Following feedback received during the virtual public meeting held on 1/18/2022, CDOT made additional changes to the proposed design of the Leland Neighborhood Greenway at the CTA Brown Line Station Plaza between Western and Lincoln. Design changes include:

CDOT and the 40th and 47th Wards hosted a virtual public meeting on January 18, 2022. This meeting provided an update on the project and presented design changes made based on feedback gathered to date. Thank you to all who joined us. A recording of the meeting and meeting materials can be found below. The proposed design of the entire corridor is also provided.